Michael Wack, CEO
IdentPro was founded in 2007 with a singular mission—to eliminate the manual scanning of barcodes for identification and localisation of products in intralogistics. Why? Michael Wack, the CEO of IdentPro, answers, "In our opinion, barcode scanning is such a simple activity that it cannot be justified using human labour, which will introduce mistakes into the system, while repetitive jobs often introduce mistakes.” The company believes that employees should take on better, more appropriate and demanding tasks. Further, with the strong desire for higher productivity of the existing forklift fleet and the need for higher transparency about current inventories, IdentPro today offers groundbreaking solutions in-vehicle localisation, digital twins in intralogistics and autonomous mobile robots. Customers can benefit immensely from the company's unique collaboration of automated mobile robots and manned forklifts, providing reliable data for warehouse workers and board-level managers.

IdentPro offers mobile robots especially for the autonomous 24/7 transport of pallets, grid boxes and similar load carriers. All robots variants are based on the robust IdentPro navigation, which safely reaches the destination even in highly dynamic warehouse and production environments. Depending on the vehicle type, up to two pallets can be transported simultaneously, with a weight of up to two tonnes and a speed of two m/s and supports lifting heights of up to 2.9m. “Our solutions are in productive use in more than 10 countries at leading automotive companies, the world’s largest brewery and the world's leading steel group,” says Wack.

Our solutions are in productive use in more than 10 countries at leading automotive companies, the world’s largest brewery and the world’s leading steel group

It acts as the digital link between a physical warehouse or distribution center and management software like warehouse management or an enterprise resource planning system. “With our AI-based forklift transport optimisation the WES system reduce travel and empty runs and therefore maximise productivity. The system automatically identifies and localise goods in the warehouse, without any manual tasks like scanning barcode labels and sends that information back to the WMS or ERP by software interfaces,” states Wack. This enables warehouses not only to get more products out the door with the same amount of people but also helps distributors overcome the current labor shortage. During the years IdentPro has perfected the warehouse execution system by developing a special laser for indoor and outdoor usage, and made full integration possible with any ERP system as a standard feature.

By avoiding the human factor, it provides 100 percent visibility of current inventory, which is the basis for sound management decisions, and up to 30 percent productivity gains in intralogistics. In addition, the IdentPro WES eliminates the need for manual data capture by the forklift driver. “Drivers often have to get out of the vehicle to capture data, exposing themselves to the risk of accidents. With the WES, this risk is eliminated. And with AMRs: when there is no driver there is no health risk,” mentions Wack. A case study from a BMW distribution center for the IdentPro WES solution show two-step transport orders for pallets from a 14-meter high rack to a tugger train area. A narrow aisle truck manages the rack, whereas an AMR handles the 150 meter transport from a buffer location to the tugger train. Running in a 24/7 mode IdentPro's solution helped the customer to save two drivers.

Such has been the prowess that IdentPro has garnered by helping many such prestigious clients. For the future, the company will be investing heavily in providing new features of our AMR vehicles with cutting-edge improvements like autonomous stacking, autonomous loading and unloading of trucks. Further, IdentPro expanded to the U.S. this year, and the solution has been implemented at a first customer and is fully operational in production. The company plans to scale its operations across Europe and the U.S. in the next 18 months. 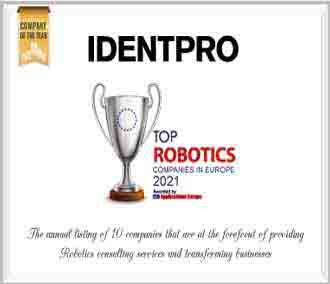 Description
IdentPro is a leader in warehouse optimisation, specialising in automated material tracking in production and warehouse. 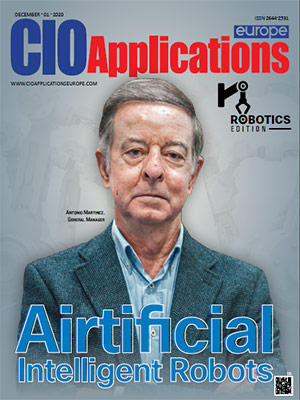